Big Pharma and The FDA 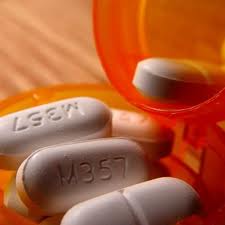 I've noticed that a rather big argument for those that disagree with the FDA and Pharmaceuticals that they purposely do not make or approve drugs that can "cure" conditions because their just is not money to be made there. This to me is a weak argument. Rogers dad is a chemical engineer for a drug company, they really do not make much money on things like the flu shot etc, their money comes from new drugs. Even then it will take them on average 10-20 years before they recoup the money they spent on research.  He was telling me one drug I can't remember what it is for but it is looking good as a treatment for a cure of whatever the condition was (yeah I know vague but we talked about this months ago), so yes they are looking for cures but in the meantime before cures can be found treatment options are needed. The pharmaceutical companies want to be the first one to come out with the miracle drug because they get the patent for years and years and exclusively sell it. Hey I'm not saying phama companies are non-profits they are there to make money just like every other business. I'm not really sure when this idea that phama companies and the FDA are evil and out to get everyone came from. I would think if that were true there would be no new cancer drugs, no new research. Just because they can not "cure" everything does not mean they want people to be sick. You have to know what is causing the cancer or illness before you can even begin to to find a cure.
Now all that being said lets look at some facts:

Research is expensive and takes time lots of time. This is not just some guy in an office that decides one day hey I think if I mix chemical a with chemical b it will do this OK that's it lets market it.  They have to get a research team together, they have to find out how to make the drug, they need someone to make the drug. This site explains the process better than I can.

"Drug development is risky as well as costly. Out of 5,000 to 10,000 screened compounds, only 250 enter preclinical testing, five enter human clinical trials, and one is approved by the Food and Drug Administration." (http://www.phrma.org/about/key-industry-facts-about-phrma). There is a lot of trial and error in science it's just how it goes.

"PhRMA members alone invested an estimated $49.5 billion in 2011 in discovering and developing new medicines. This is more than the National Institutes of Health's entire operating budget ($30.9 billion in 2011).

The average PhRMA member invests a greater percentage of sales in R&D than companies in other major U.S. industries. In fact, according to the Congressional Budget Office, “The pharmaceutical industry is one of the most research-intensive industries in the United States. Pharmaceutical firms invest as much as five times more in research and development, relative to their sales, than the average U.S. manufacturing firm.”

According to IMS Health, the entire pharmaceutical industry spent $11.3 billion on marketing and promotion in 2008, including $4.4 billion for DTC advertising.

Growth in overall prescription drug spending has decreased sharply in recent years and in 2008 was at its lowest rate since 1961 and below overall health care spending growth.

Outpatient prescription medicines accounted for only 10 cents of every dollar spent on health care in 2007."  (http://www.phrma.org/about/key-industry-facts-about-phrma)
So if we look at the above numbers companies are spending more money on research than they do marketing. For a industry that does not care shouldn't that be flipped?

Now for the FDA. I get it they are flawed but most large government agencies are. You have one group that overseas the safety of many things. They just don't have the resources to look at every little thing so yes there are items that they never look at such as OTC diet pills, vitamins and natural substances. Does it mean they are hiding some magic cure, probably not. Someone at some point in time decided the FDA will govern this, this, and this.

If you are still reading I am not defending either organization I just think the argument that they are hiding something or don't want to find "cures" is a weak argument. I am also sure that there is information out there that contradicts this. Everyone decides for themselves. Anyone that has been following me for a while knows I am anti-med unless it is necessary. Hey some people need it. If it wasn't for the phama I would still be spending hours on end in ER's for asthma,  but because of his controller meds we have been one time in the last 10 years.
Posted by No Guile at 10:35 AM 2 comments: 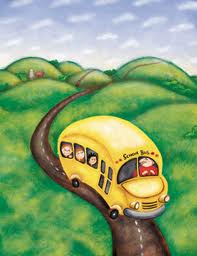 Roger went on a field trip last week. They had a band competition in a neighboring state then they went to a amusement park. First off He had to be at school by 4:30am. They had a 3 hour drive to get to the competition. As we were driving there he was bouncing around a bit he said he was a little nervous because this was the longest field trip he has ever been on by himself (we didn't go).  He was dropped off and off they went.
I picked him up at school at 11:30pm that night. Of course I pull up and there are 9 buses and all the kids are dressed the same. Good thing the kids can pick their parents cars out because there is no way we could have found them otherwise.
I asked him how it was he said it was good but his partner wouldn't go on any of the rides. They picked their own partners and he picked M. Since M wouldn't go on anything they just stayed in the water park section of the park. He said at the end he did get to go on the ride he really wanted to because he switched partners. One kids partner did not want to ride the ride again so he stayed with M and Roger and the other kid hit the ride.
I asked why he didn't ride anything before that he said "Mr. B said we had to stay with our partner all day, not to separate."
me: Oh so why didn't M just wait near the ride for you to ride if he didn't want to.
Roger: "Because Mr. B said we had to stay together"
Me: "he could have waited at the ride, you would have still been together. Then you can ride and he doesn't have to"
Roger: "oh, neither one of us thought of that, he said stay together so we stayed together."

End of story is even though they both took directions literally to mean stay together, they both had fun. Sometimes I forget how literal he can be and never thought to talk to him about what to do if he or his buddy didn't want to ride a ride.